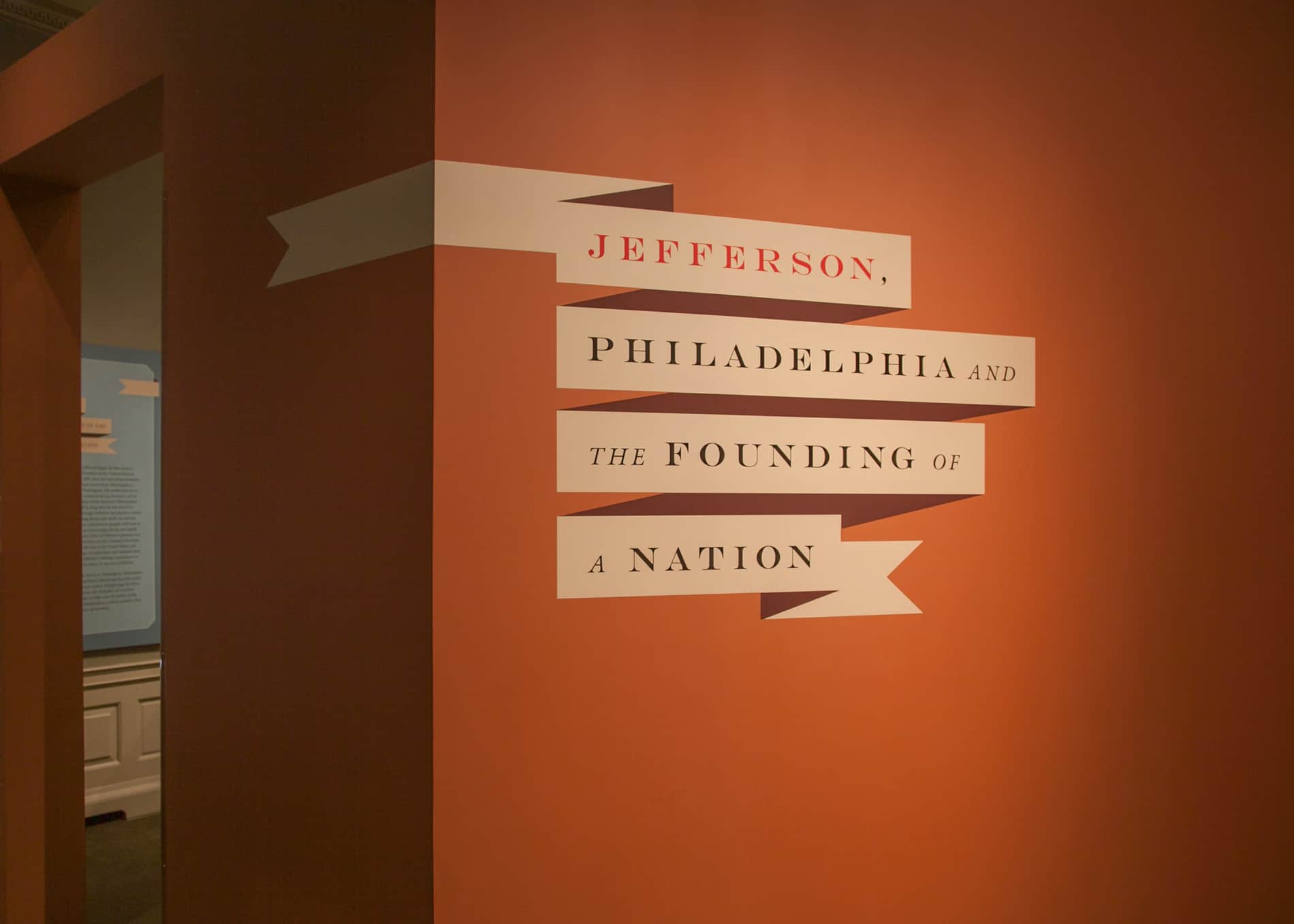 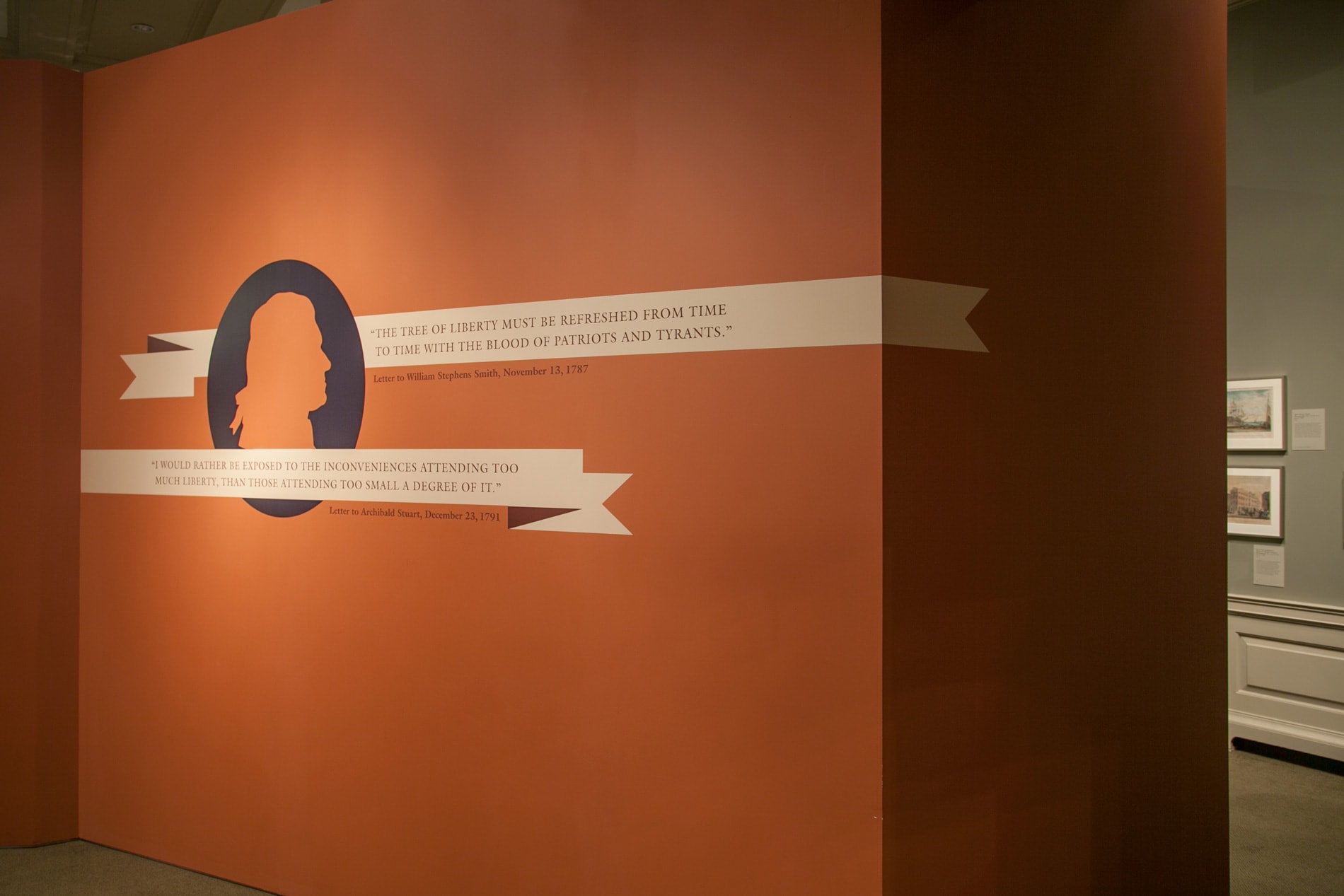 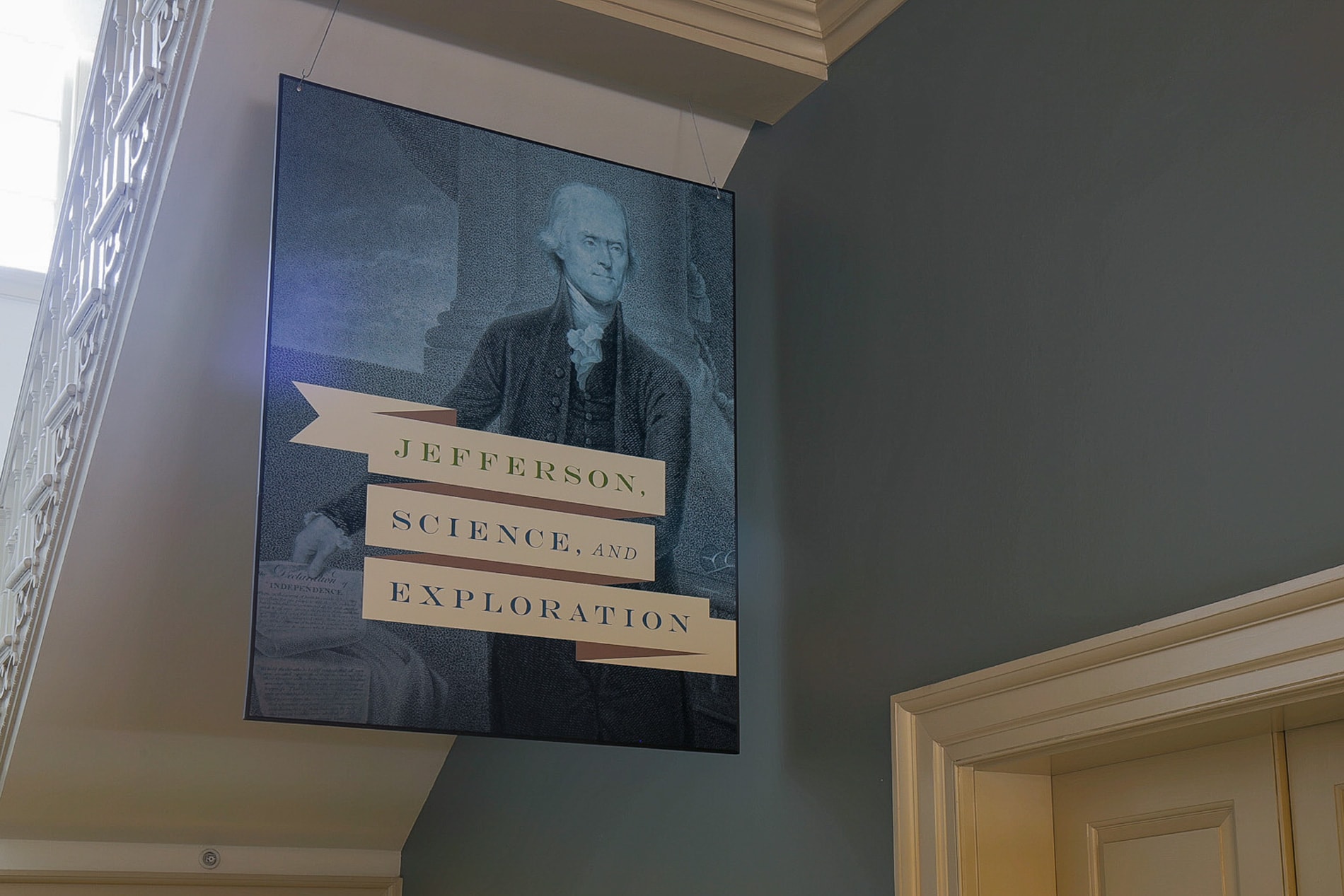 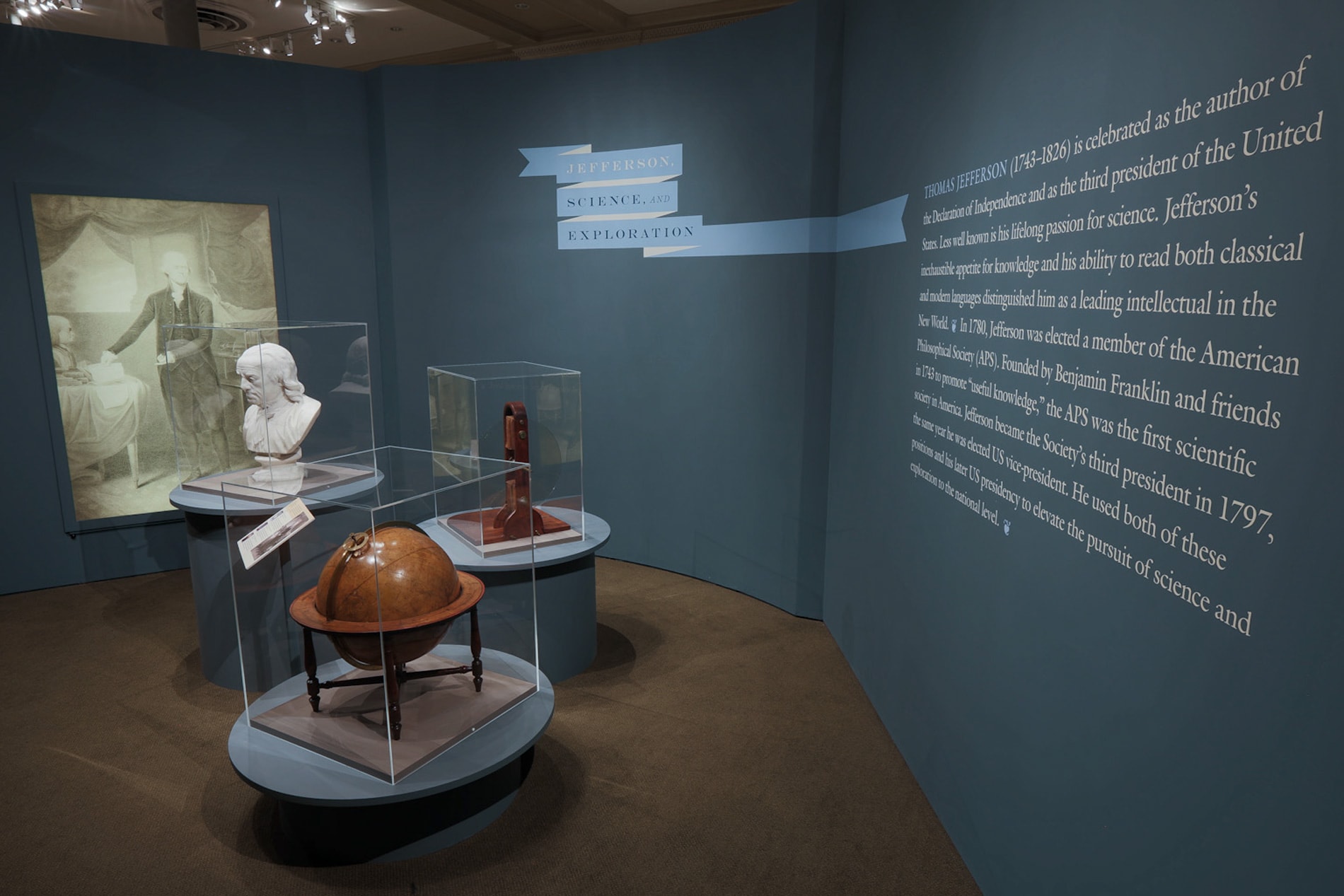 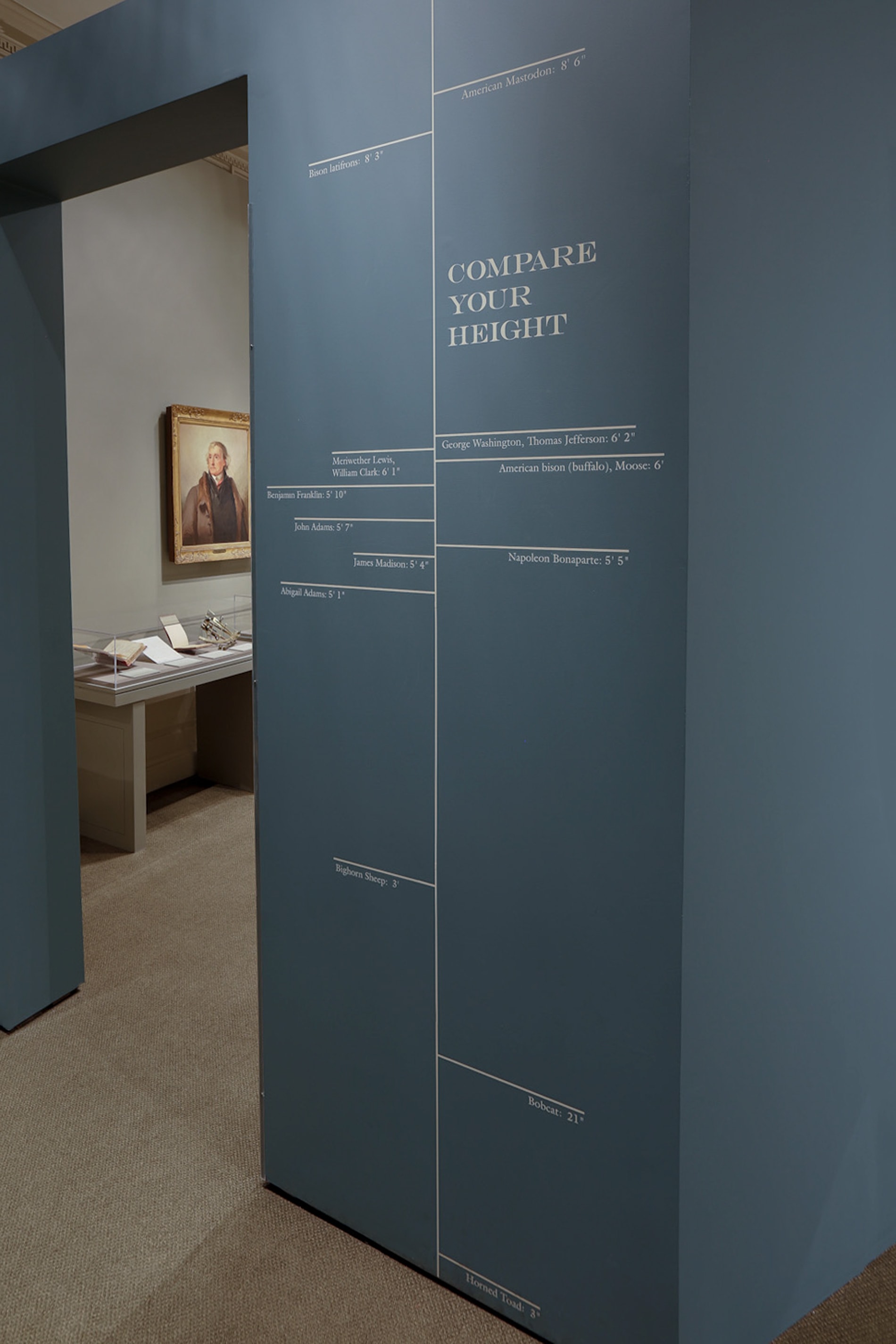 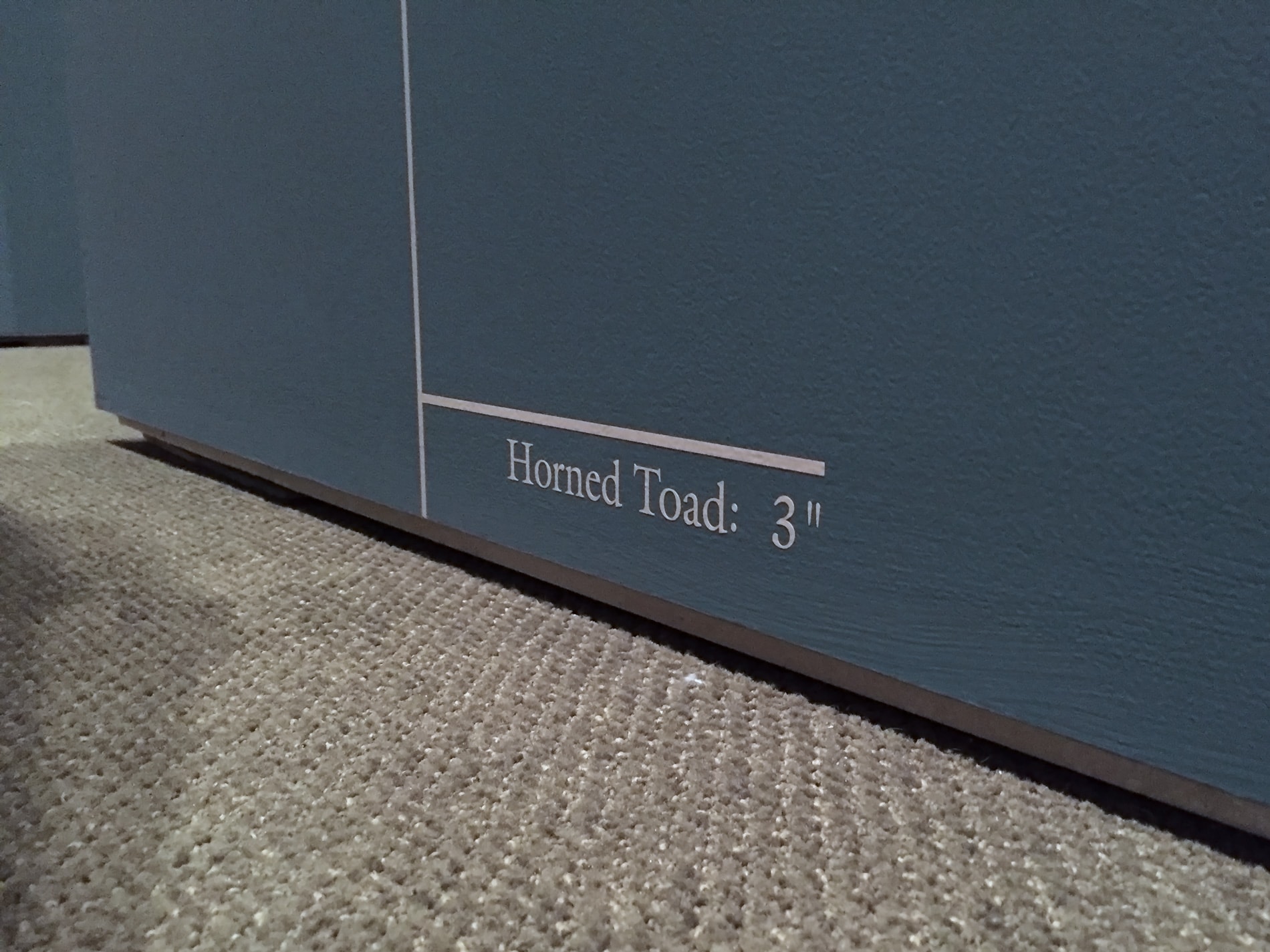 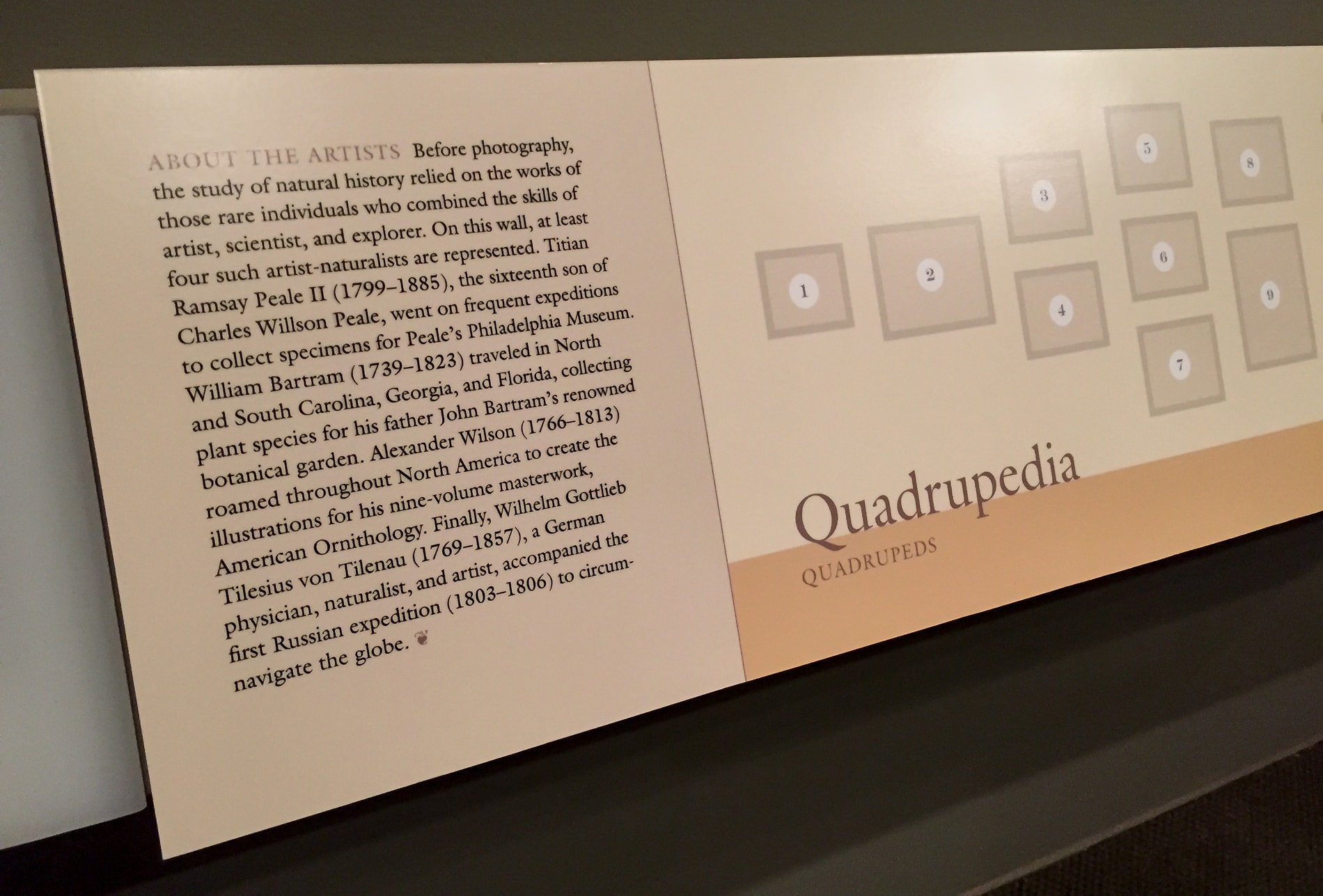 The American Philosophical Society Museum, founded in 1743, is the oldest museum in the United States. To coincide with an in-depth exploration of the life of its longtime president Thomas Jefferson, the APSM launched a series of exhibitions. We created the environmental, digital, and print graphic design for the first two shows, Jefferson, Philadelphia, and the Founding of a Nation and Jefferson, Science, and Exploration. Using a banner/ribbon motif as a launch point for the visual branding, I developed the exhibitions’ logos, along with fonts and a color palette, to pull together all exhibit elements.

To provide a more substantive visitor experience, I created two motion-graphics narratives about Jefferson’s life, displayed in custom-designed kiosks in the gallery. The first showcased his early life, rise to political prominence, and role in the creation of the Declaration of Independence. The other focused on his life in Philadelphia — and the lives of its people — during a period of significant change. Intertextual elements between the two videos invited viewers to make connections, and arrive at their own conclusions about this remarkable and controversial figure. 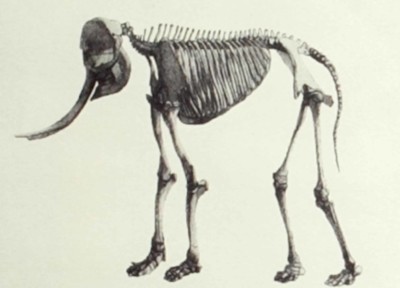 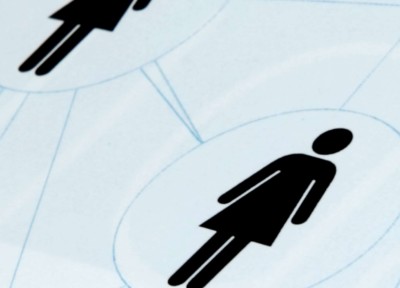 A Life for the Books